BOSTON – Last month Massport unveiled a new ground transportation plan to help mitigate traffic congestion in and around Boston Logan International Airport by changing how Transportation Network Companies (TNCs) Uber and Lyft operate at Logan and expanding Logan Express (LEX) service. Logan Airport is an economic engine for the Commonwealth, and as the local economy remains strong, passengers are using the airport in even greater numbers.

Through March 2019, Massport has already seen a 29% increase in TNC ridership at Logan Airport. At this pace there will be as many as 15 million TNC trips to and from the airport this year, including deadheads, up from 12 million in 2018. TNCs are the most popular way to get to and from Logan, but are an inefficient transportation mode. TNCs represent 30% mode share, while taxis represent 5%.

“We need to move more people in less vehicles,” Acting Massport CEO John Pranckevicius said. “Our goal is to reduce congestion to benefit all passengers, and we can do that and still provide great customer service. There are other long-term ideas, but moving the TNCs to a central location is something we can do in a few months. Partnered with an increase in Logan Express ridership, we expect these initiatives will make a real reduction in traffic that impacts Logan and the surrounding communities.”

The new, dedicated TNC areas in Central Garage will have:

Recently, Logan Airport started a critical roadway reconstruction project, between terminals A and C, which will have multiple detours over the next three years. The project will create separate roads for Terminals B and C, our busiest terminals eliminating traffic bottlenecks around the terminals once completed. By having TNC pickups and drop offs in the Central Garage, those passengers could benefit by not getting caught in the construction traffic.

Last year, TNCs generated 12 million total vehicle trips to/from Logan, where only 7 million involved passenger drop-offs or pick-ups. The remaining 5 million vehicle trips did not carry any passengers (i.e., “deadheading”). These empty vehicles create traffic congestion in the tunnels and along Rte. 1A, and increase greenhouse gas emissions. Moving TNC operations to a new, dedicated central space that allows for Rematch is estimated to reduce empty TNC vehicles by as much as a third. Massport is giving up 1,000 revenue-generating parking spaces in the Central Garage to make this happen.

Massport is currently in discussion with Uber and Lyft about the specific TNC initiatives. Starting Rematch in the current configuration would add to congestion at the curb, not reduce it. Moving TNC operations to the Central Garage will allow for Rematch and Shared Ride options to be put into place effectively. This will make it easier for a TNC driver dropping off a passenger to match with a waiting pick up passenger. Passengers will have a shorter wait time to be picked up, in a weather-protected area (unlike the current set up), and will have the option to take a 50% discounted shared ride, such as uberPOOL and Lyft Shared. TNC drivers will wait less time between customers, and experience less congestion on our roadways.

The two major initiatives – moving TNC operations to a new, centralized location, and doubling LEX ridership - are expected to eliminate up to 3 million vehicle trips off the roads, while improving the customer experience and reducing emissions.

Beginning May 1, the LEX pick up and drop off site in Copley Square will move just outside the MBTA’s Back Bay Station. This new location provides easy access to the Orange Line and Commuter Rail. Riders will also benefit from a discounted fare plan-- $3 for trips to Logan and FREE from Logan to the Back Bay Station.

By next year, a LEX curbside service will be available for commuters at North Station with connections to the MBTA’s Green and Orange lines and the Commuter Rail. The fare will be $3 going to Logan and FREE from Logan to North Station. Other LEX locations are also being considered.

Logan Express is the seventh largest transit system in Massachusetts with four suburban locations in Braintree, Framingham, Woburn, Peabody, and Back Bay. Since 2009, LEX ridership has increased by 67%, from 1.1 million riders to 1.8 million. The goal is to increase annual ridership to 4 million.

The stations in Braintree and Framingham are the most popular with over 740,000 and nearly 580,000 riders annually. Under the new plan, Braintree will increase service from two to three trips to Logan per hour starting in May. Parking capacity at both Framingham and Braintree locations will also be increased. 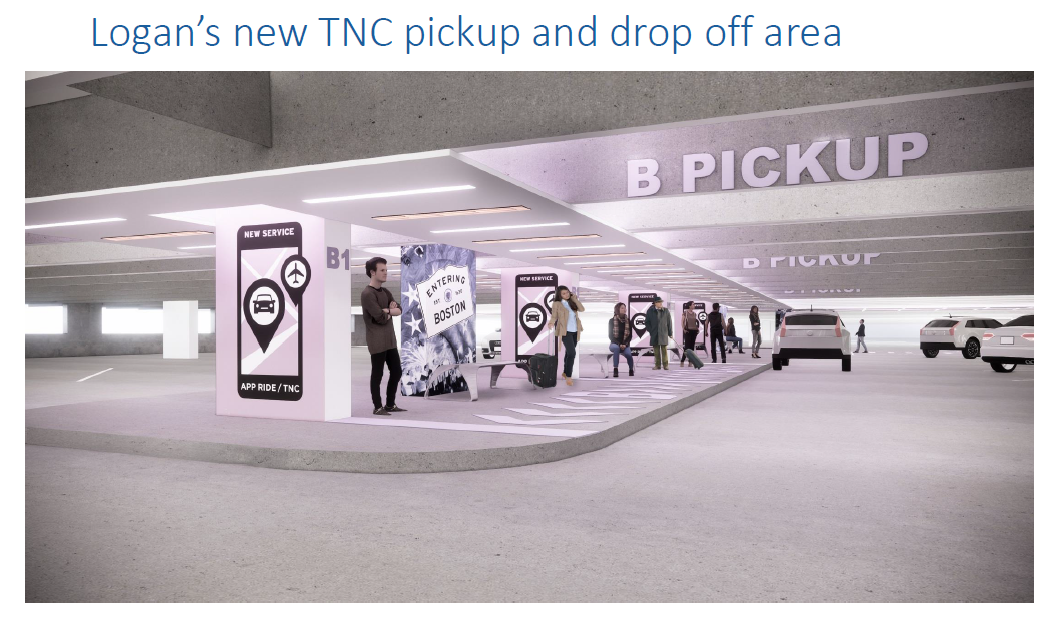