BOSTON –In anticipation of the 53rd annual Head Of The Charles Regatta this weekend, Massport is pleased to announce a new exhibit in Boston Logan International Airport’s Terminal B celebrating the internationally-renowned boat race.

The Head Of The Charles Regatta, one of the world’s preeminent rowing competitions, draws more than 11,000 rowers and tens of thousands of spectators to the banks of the Charles River. The new exhibit in Terminal B covers over 150 feet of wall space and features 17 oars highlighting different rowing clubs around Boston. Eight backlit panels feature rowing terms, black and white race photos, and history of the course and race. The exhibit also includes two boats on display, a single scull and an eight-oared shell, with details on their build and components.

“We are excited to announce this new exhibit in Logan’s Terminal B for an event that brings together thousands of people from all over the globe in Greater Boston every October,” said Massport CEO Thomas P. Glynn. “This new display will be an excellent tribute to the rowing community as the Regatta enters its 53rd year of competition, and we would like to thank everyone involved for helping us create this new space.”

Since its origin in 1965, the Head Of The Charles has welcomed the world’s finest crews to the banks of the Charles River for the ultimate two-day rowing competition The event attracts youth, collegiate, masters, para-rowing, international, world champion and Olympic athletes competing in 66 events. This year, rowers from 30 nations will compete.

“It is gratifying to see the history of the Regatta on display at Logan Airport where so many of our competitors and spectators are welcomed every fall,” said Fred Schoch, Executive Director of the Head Of The Charles Regatta. “The Regatta is a tradition that brings the world to Boston, so it’s fitting that the event will have a prominent place in the gateway to our city. Massport has been a tremendous advocate of the Regatta through the design process and it has been wonderful to collaborate with them on this exhibit.”

Partners for the exhibit include Head Of The Charles® Regatta, Fluid Design, Elite Rowing Inc., Filippi Boats, Concept2, Erik Dresser Photography, Carlos Ridruejo Designs, Pocock Racing Shells, Cambridge Boat Club, and Harvard Crew. Architecture for the project was completed by design firm Kleinfelder; construction work was performed by Bond Brothers; and graphics were produced by Design Communications Ltd. The space will also include an exhibit on the history of the Boston Marathon, a collaborative effort between Massport and the Boston Athletic Association.

This year’s racing will take place on Saturday, October 21 and Sunday, October 22, between the hours of 7:45 a.m. and 5:00 p.m. For more information on the Head of the Charles Regatta, please visit their website. 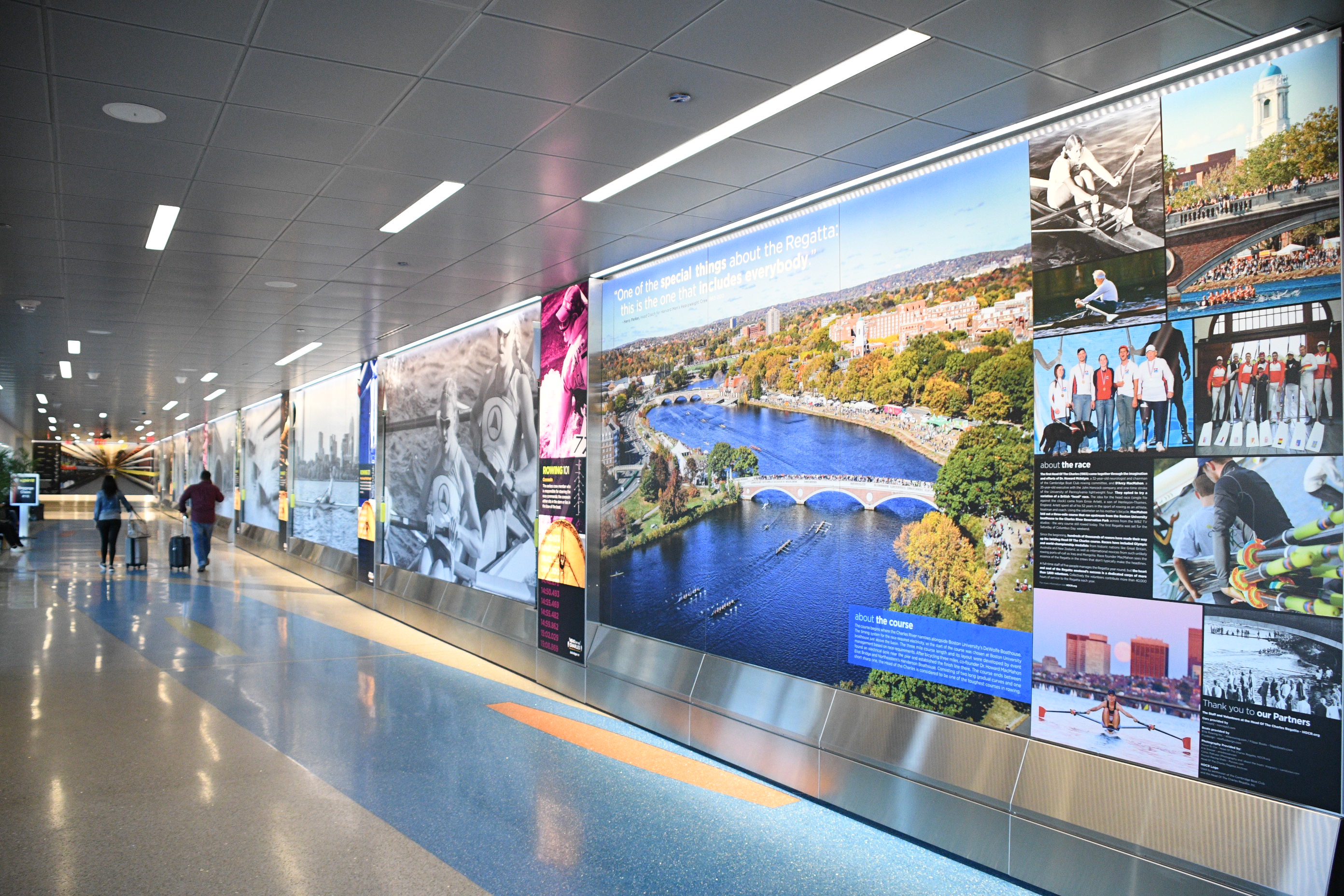